On This Day in 1948: Satchel Paige was signed by the @indians – on his 42nd birthday. He would be 110 yrs old today!  See more about Mr. Paige at the Baseball Hall-of-Fame.  http://baseballhall.org/hof/paige-satchel

When I lived in Kansas City I used to participate in a lot of card shows.  Only about 1 per week.  We did several shows at the old Negro League Hall-of-Fame and several former Negro League players were always in attendance.  Judy Johnson, Buck O'Neil, Buck Leonard and others.  They all had many amazing stories to tell about Satch, as they called him, and they all were so far fetched that they had to be true.  Nobody could make up that kind of stuff.

Each of them, one at a time, would come to our table and get behind the table and spin all their fabulous stories even if there wasn't a customer around to hear them.  I am always taken back to that weekend when I watch Ken Burns' 1984 9 innings of baseball.  Buck O'Neil was a major part of that show as he narrated a great deal of it with his stories. Some of the stories I had heard before in a small museum in Kansas City. 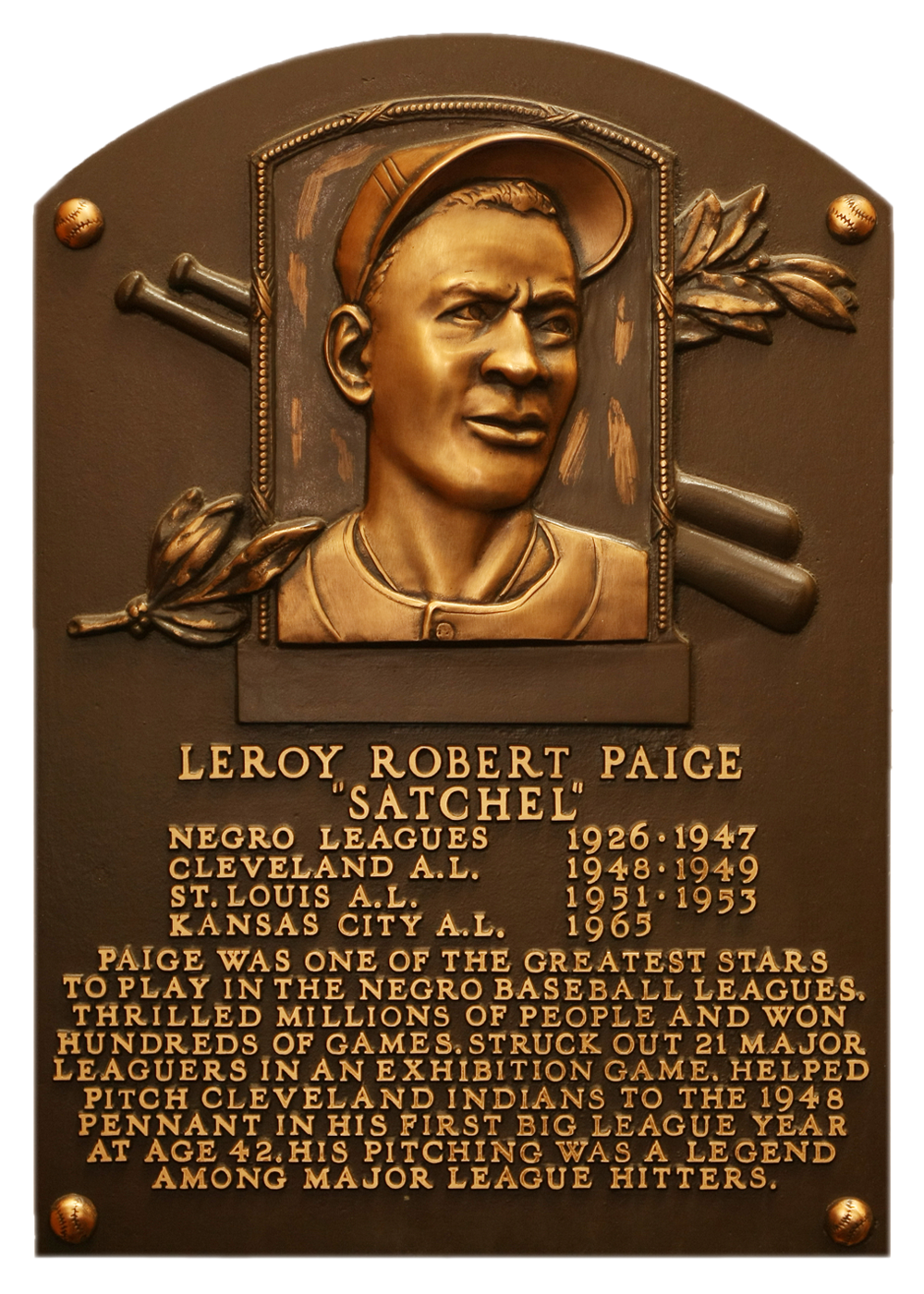